Why Get A Facelift?

In time, gravity, sun exposure, and the stresses of daily life take their toll on our faces and necks. Deep creases appear beside the mouth, the jawline slackens and becomes jowly, and the neck develops loose folds and fat deposits. Facelifts counteract these signs of aging by tightening the muscle, removing fat, and trimming excess skin, giving your face a fresher, youthful look. After surgery, some patients look 10-15 years younger.

Facelifts, technically known as rhytidectomies (literally, “removal of wrinkles”), rejuvenate the mid- to lower face and neck. Facelifts are most effective for patients who want to correct:

Facelifts can produce a dramatic improvement in appearance for patients with the problems mentioned above. However, facelifts do not stop the aging process; in time, signs of aging will gradually appear once again.

Further, facelifts will not rejuvenate the brow, eyelids, nose, and some of the midface. Patients who want to improve these areas may consider combining a facelift with a brow lift or eyelid surgery (blepharoplasty).

Injectable soft-tissue fillers, facial implants and skin resurfacing can also enhance the effects of a facelift. 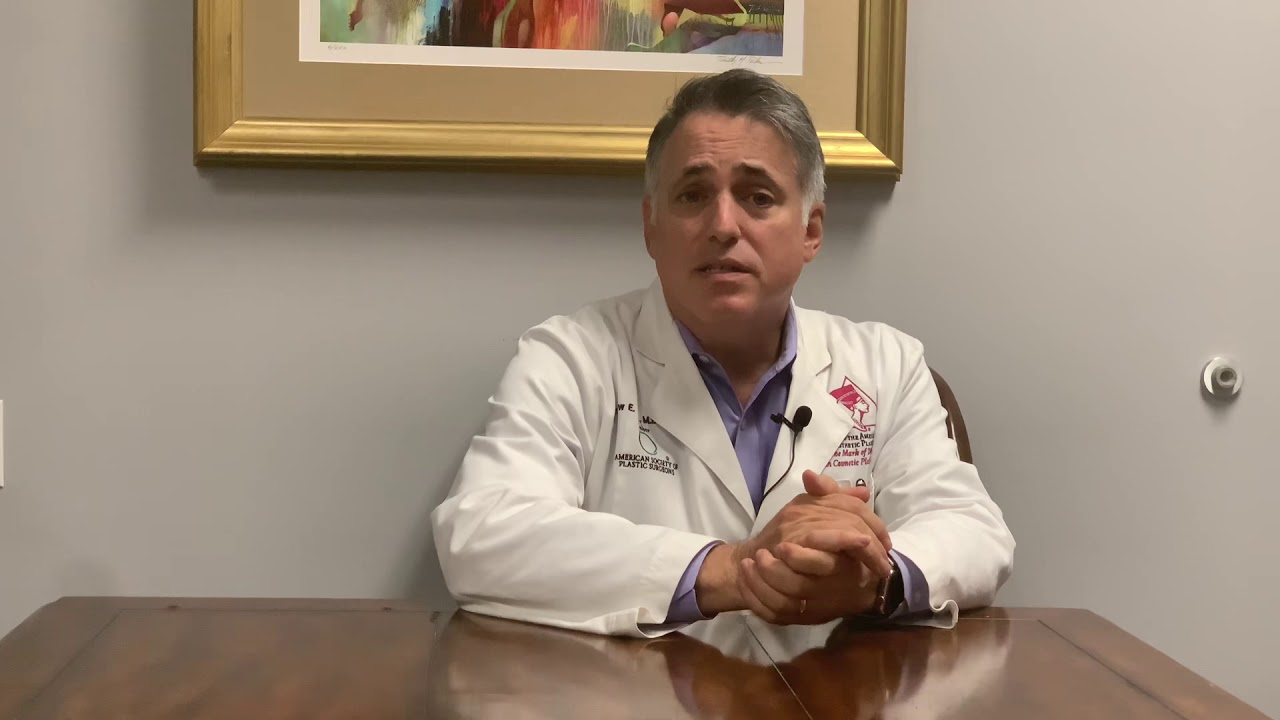 Ideal Candidates for a Facelift

The best candidates for rhytidectomy:

During your consultation, your Naples plastic surgeon Dr. Turk will discuss whether a facelift is right for you.

How Is a Facelift Performed?

A facelift is real plastic surgery. The patient receives twilight or general anesthetic as determined by his or her plastic surgeon. Each patient has an individual treatment plan as to 1) the forehead (brow) 2) the eyelids 3) the midface and 4) the lower face or neck.

We use endoscopic technique in the brow and face to reduce postoperative swelling, shorten incisions in the hairline and around the ears. Many different names are given to the facelift, i.e. deep plane, multiplanar, vertical midface lift, S lift and Endofacelift. All techniques may involve an endoscope, and all remove skin and tighten the underlying fascia, repositioning the fat and removing the square jowls. Today’s facelift is a natural look, and not the swept over pulled look. Call 239-348-4357 for more on today’s facelift.

Facelifts are typically outpatient procedures and may be performed in an office-based facility, surgery center or hospital. Patients may have a choice of IV sedation or general anesthesia. The procedure takes about two hours.

The way a facelift is performed varies depending on the surgeon, the patient’s facial structure, and the extent of correction desired. The three most common incision techniques are:

What is a MACS Facelift?

A minimal access cranial suspension with smaller incisions around the ears. This procedure can lift the midface, lower face and neck with less operative time, less bruising and less downtime. The deeper tissues are suspended with suture material in a vertical direction to prevent that lateral “windswept look of the past”, and can be done as an outpatient. The scars are much shorter in length around the ears where excess skin is removed, and recovery is much quicker than the traditional facelift. For more information on the MACS facelift, please call 239-348-4357.

What is an Endoscopic Lift?

The endoscope is used primarily in the forehead and midface areas to improve the position of the brows and lift the cheeks. By lifting the midface vertically, it helps reduce hanging skin at the jawline or early jowling of the face. The scarring is minimal and difficult to see in the hairline around the earlobe and inside the mouth. Tiny half inch incisions are made in the hairline and inside the mouth. The tissue is visualized through a camera allowing the surgeon to tighten the deeper tissue of the face. Minimal skin is removed in front of the ear. It is much less invasive than the traditional facelift. Swelling and bruising is less with a quicker recovery due to minimal incision lines.

After your rhytidectomy, your doctor will wrap the incisions in bandages and may place drainage tubes in the area. The tubes will be taken out the next day, when your hair will be carefully washed. If surgical clips are used to hold the incisions closed, they will be removed one week after the facelift along with your stitches.

At first, you may experience swelling, numbness, bruising, and a feeling of tightness or tension in the face and neck. Your face may look uneven or distorted, and your facial muscles may feel stiff. Most of these usually resolve within 3-6 weeks, and sensation typically returns to normal within a few months. Scars become less red, raised, lumpy or itchy in time.

Many patients return to work by the third week. Camouflage cosmetics can be used to minimize the appearance of bruising.

You should be gentle with your skin and hair as you recover. Men may need to shave behind the neck and ears where areas of beard-growing skin have moved.

Results of a facelift do not last forever. You may want to have another procedure in five or ten years. But in another sense, the effects are permanent; years later, your face will continue to look better than if you had never had a facelift.

Will A Facelift Remove All Wrinkles?

The skin ages by losing its elasticity and volume. A facelift or the removal of excess elastic skin and tightening of the underlying muscle greatly decreases the density of wrinkles. However, only the stretching of the skin has been removed with a “lift”. A patient can now address the volume of the facial skin with “fill”. There are many fillers available such as fat, hyaluronic fillers Resylane and Juvederm, calcium filler Radiesse and also Sculptra.

It appears that the “lift and fill” approach, in addition to laser skin tightening and Botox cover the spectrum of ways to remove as many wrinkles as possible. For more information on cosmetic facial rejuvenation, call 239-348-4357.

Will I Have Scarring After A Facelift?

In all three methods, incisions are closed with stitches or tissue glue. Scars are hidden in the hairline and natural contours of the face.

What Are The Risks of Facelift Surgery?

Possible complications of facelift include: bleeding, infection, bruising, uneven swelling or discoloration, allergic reaction to the anesthesia, skin blistering (usually only seen in smokers), and temporary or permanent loss of sensation in the face. Your doctor will discuss the risks and benefits of a facelift with you before your surgery.

To learn more about Facelift Surgery or any other cosmetic procedure we offer, or to determine whether you are a candidate for a Facelift, please call Naples Cosmetic Surgery at 239-348-4357. You can also fill out and submit the Consultation Request Form below, and our staff will help you set up a personalized appointment with Dr. Turk! Our practice serves Naples, FL and surrounding areas.