In the Wrinkle Wars, a New Weapon 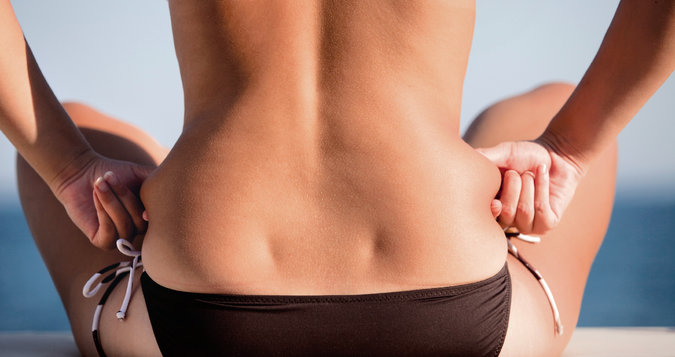 As she aged, Sandi Bachom, 69, a filmmaker and producer in Manhattan, tried Botox to keep the inevitable wrinkles away, but she was wary of anything more invasive. She wanted, as she explained recently, to avoid “going under the knife.”

So a couple of years ago, at the suggestion of her dermatologist, Dr. David Colbert, she first tried Ultherapy, in which ultrasound waves are shot through a gel into the skin. She had the treatment on her face and neck, particularly the tricky jowls.
“I call it my ‘way-back machine,’ ” Ms. Bachom said. “It has effective, fast results, and it’s natural enough so you don’t look like ‘Brazil’ the movie.”
The session took about 15 minutes and included some pain: Ms. Bachom was offered a squeeze ball and Valium. The treatment provided a noticeable lift to her face that lasted nearly two years, she said; she repeated it last November.
“It was worth the money,” Ms. Bachom said. (Dr. Colbert said his Ultherapy prices start at $5,000, depending on the area addressed.)
Photo 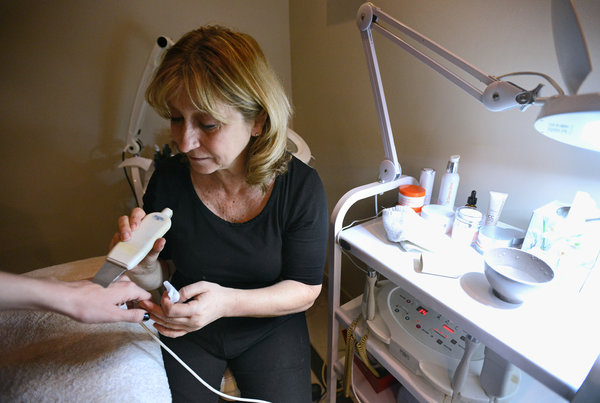 At Townhouse Spa in Manhattan, an aesthetician uses ultrasound waves on skin.Credit            Jennifer S. Altman for The New York Times
Across New York City, women young and old are riding the ultrasound wave. Doctors rave about Ultherapy because it leaves no evidence.
“There’s no needle marks, no peeling and no bruising,” said Dr. Francesca Fusco, a dermatologist in New York who performs Ultherapy in her office. And, Dr. Fusco pointed out, patients are comfortable with the new technology because they associate ultrasound with the test many women have during pregnancy. “It’s something they have heard of before, and if you can do it on pregnant women, they feel it’s safe,” she said.
Dr. Fusco added that while the therapy is actually “very safe,” she warned that it’s not appropriate for patients who have a history of cold sores, a pacemaker or a cheek or chin implant. Additionally, any kind of skin disease can be worsened by the treatment, and when operating the Ultherapy machine, she avoids pressing it near the thyroid gland in the neck or at the middle of the forehead or chin, where “nerves course superficially,” she said.
Photo 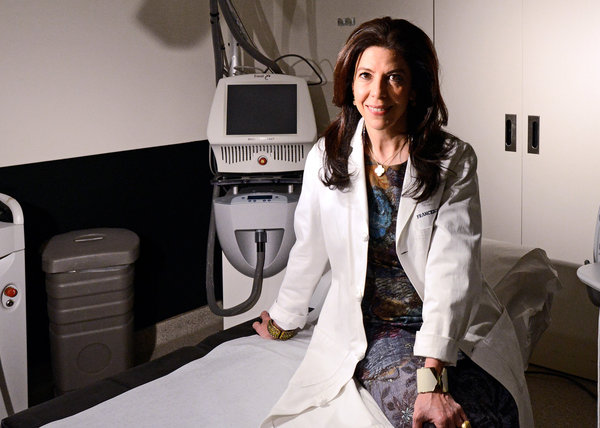 Dr. Francesca Fusco, a dermatologist, also uses ultrasound.Credit            Jennifer S. Altman for The New York Times
With bikini season on the horizon, it’s not just necks that may be getting the treatments. A high-intensity focused ultrasound, Liposonix, can zap fat on the back (hello, this season’s crop tops!) and slim waistlines, said Dr. Cheryl Karcher, a Manhattan dermatologist who gives the treatment. A 45-minute appointment starts at $1,000, she said.
The way it works: The ultrasound waves are so strong (and painful — some patients pop a couple of Percocets beforehand) that they actually kill fat cells, although it takes about eight weeks for results to show, Dr. Karcher said. Slim ladies with minor quibbles need not apply. Dr. Karcher said she turns away patients who have less than an inch of fat. The Liposonix “goes deep,” she said. “You don’t want to damage a nerve.”
Several spas also offer ultrasound services. (Aestheticians deploy ultrasound waves at lower energy levels, and thus show less noticeable results than a dermatologist’s treatment, Dr. Fusco said.)
Photo 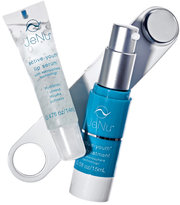 About a year ago, at the Townhouse Spa in Midtown, Caroline McBride, 34, the director of public relations and business development at the Serafina Restaurant Group, tried ultrasound therapy on her thighs and tummy. She had been going to Townhouse for four years for “facials, massages and mani-pedis,” she said, but was combating bloat from her hectic work travel schedule.

“I try to stay in shape,” said Ms. McBride, who added that she was on the thin side. “But I eat a lot of pasta and pizza on the road. It’s tough to fit in those tight dresses for events after one of those trips. In New York, it’s beautiful but competitive. Everybody looks fabulous, but no one will tell you how they squeezed into that Alaïa dress.”
She described the 45-minute service as “not uncomfortable,” adding that “when I have a baby, I guess that’s what this would feel like.” More important, the treatment tackled bloat and even improved the appearance of cellulite, she said. Now Ms. McBride buys a package of six sessions for $750 and goes regularly, about every two months. If there’s an important event, however, she’ll go twice in a week before the big night. She’s recommended the service to a couple of her friends, who reported good results. 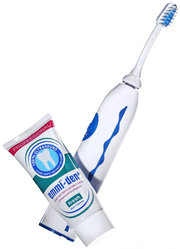 Credit :Tony Cenicola/The New York Times
Of course, it wasn’t long before companies that sell devices for at-home use saw potential dollar signs. Last June, JeNu, a $249 wand that claims to decrease wrinkles and increase hydration by using ultrasound waves to propel the company’s serums deep into the skin, hit department-store counters to a flurry of attention (Vogue, Elle and Harper’s Bazaar have all featured the device).
Perhaps more novel, Emmi-dent, an ultrasound toothbrush from Europe that uses frictionless cleaning technology (you hold it in front of your teeth as the waves explode the nanobubbles in the proprietary tooth gel), has been pushing into the American market.
According to its chief executive, Peer Blumenschein, the technology originally came from cleaning techniques used for jet and Formula One car engines. It is “harmless for the body but lethal for bacteria,” he said. The device ($189 at retailers like Amazon) is gentle enough (no actual brushing) for sensitive gums and teeth, he said.
And it seems the family dog can even be in on the trend. The company released Emmi-pet last year.
“People love it for their dogs because so many people just love their dogs so much,” said Mr. Blumenschein, who owns two Dalmatians he has tried the product on. “There’s a bit of pent-up demand, actually, in Germany and the U.S. because we’ve had customers request it for their dogs and horses.”
But cats, he said, don’t qualify: “Cats are unfortunately too small to have it work.”